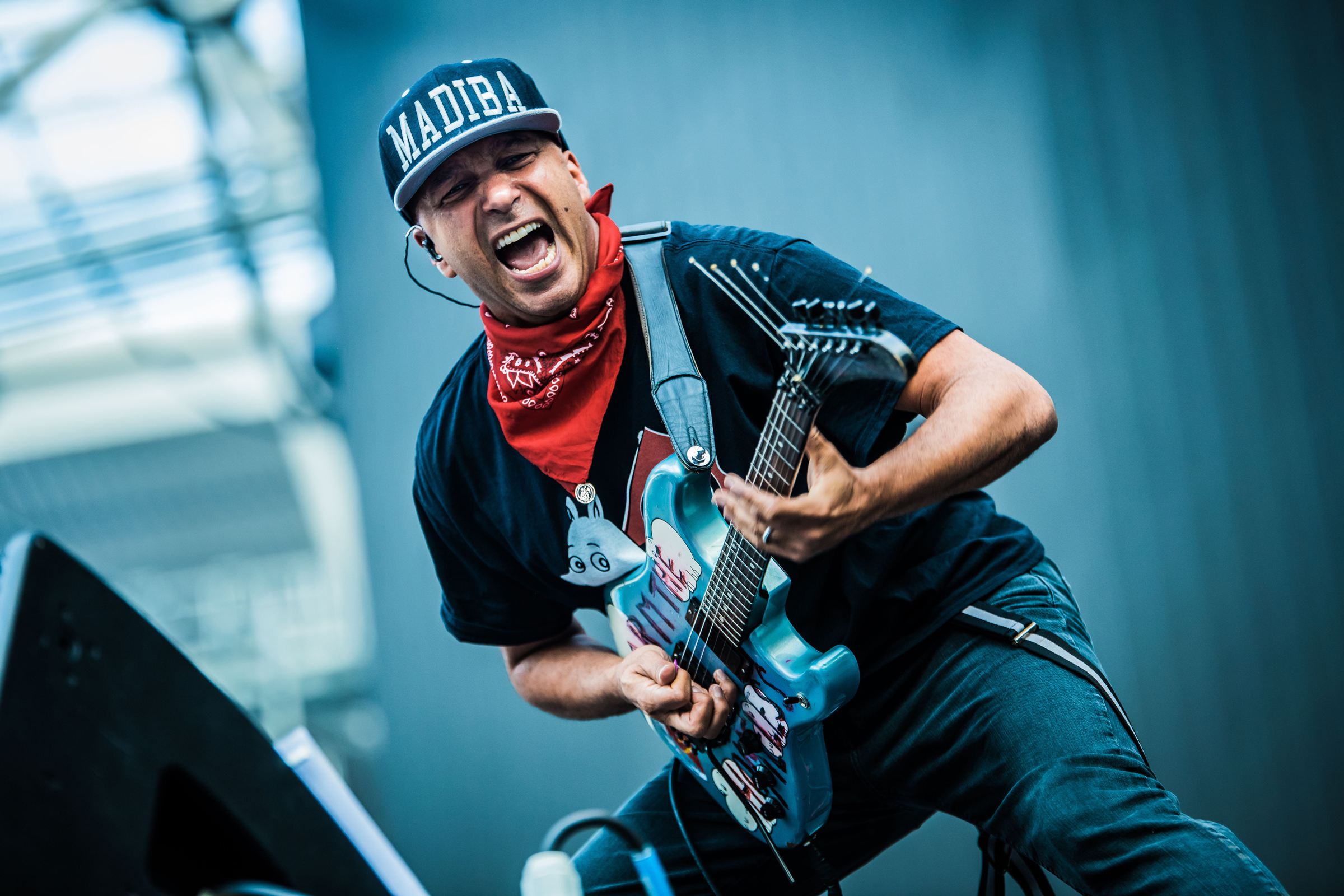 Tom Morello, who has played guitar in Rage Against the Machine and Audioslave as well as with Bruce Springsteen, will tell his life story later this summer at three special engagements in New York City. In addition to reliving his artistic accomplishments, Morello will explain how music has complemented his activism.

Audible will present the series, dubbed Tom Morello at the Minetta Lane, on September 18th, 19th, and 20th at the Minetta Lane Theatre. Producer and composer T Bone Burnett is serving as the event’s executive producer. “Tom Morello makes profound American music, and his story is a profound American story,” he said. Tickets well go on sale Noon ET on Friday, August 16th.

“I was the only black kid in an all-white town, the only anarchist at a conservative high school, the only heavy metal guitarist at Harvard University, and the only Ivy League Star Trek nerd in the biggest political rap rock band of all time,” the guitarist said in a statement. “The songs, the stories, the triumphs, the tragedies, the riffs, the rebellion — all will be revealed. Oh, and I’m going play a lot of ripping guitar, too.”

The residency follows Audible’s Patti Smith at the Minetta Lane. Rolling Stone reviewed the event and complimented the way she recounted her past. “For many in the room — who listened raptly as acolytes — the stories about Robert Mapplethorpe and Allen Ginsburg and ‘Sonic’ Smith were familiar old saws,” the review reads. “But it was the way they were delivered — with her distinctive Jersey accent and stumbling over words and phrases — that endeared her to the assembled.”