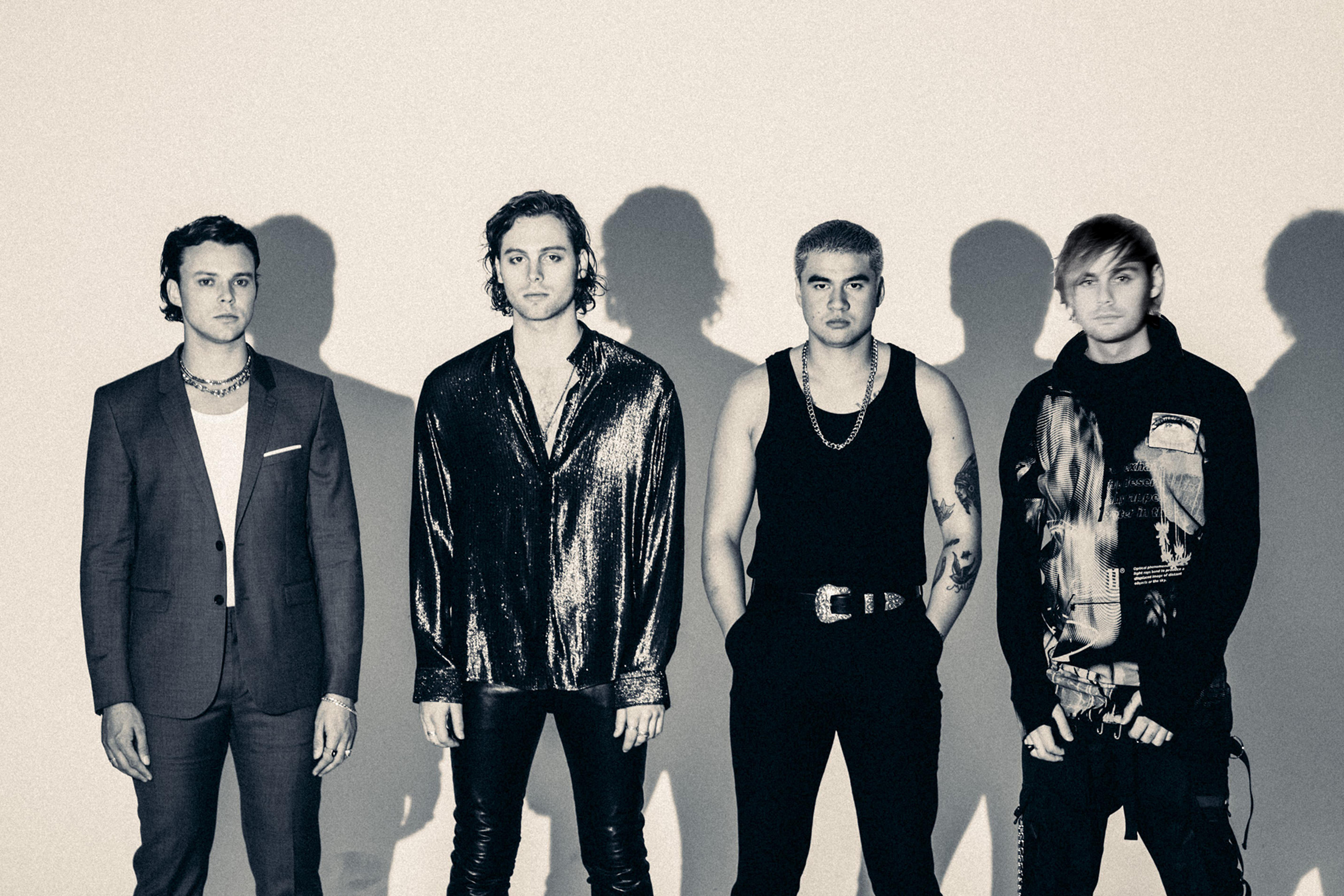 In the video, the band is seen in various portions of a grotto either drowning, being tied up or performing together. The video’s tone matches the song’s well; on “Easier,” the band wonders whether they should stay or leave a toxic relationship where their partner seems unable to change. By the end of the video, lead singer Luke Hemmings is walking down a hallway full of large images of each individual band member going up in flames.

“There is a darker tone to this record intentionally,” the band tells Rolling Stone via e-mail, adding that there has been “a growing attention to industrial rhythm within the band.” They were inspired by dark, synth-heavy groups of the Eighties and Nineties like Depeche Mode and Tears for Fears and, more specifically, Nine Inch Nails’ “Closer.” They add that the track is “derivative of the driving drum groove” that’s heard on “Closer.”

“Easier” is an early taste of the group’s fourth album, and follow-up to their successful pivot away from pop-punk Youngblood. Though they do not plan to release that fourth LP before beginning their tour with the Chainsmokers this fall, they do hope to continue releasing a steady stream of one-off singles in the meantime.

“Before the end of this year we would love to have at least half the record released through singles,” they explain.

Outside of the Eighties and Nineties nostalgia, 5SOS adds that they have been loving the recent music from Gesaffelstein, HEALTH, St. Vincent, Disclosure and Bob Moses. “If you’re a fan of our group we strongly suggest you listen to a couple of tracks from these artists and you’ll begin to understand what direction we’re headed for album four,” the group teases.

5 Seconds of Summer will launch their tour with the Chainsmokers this September.