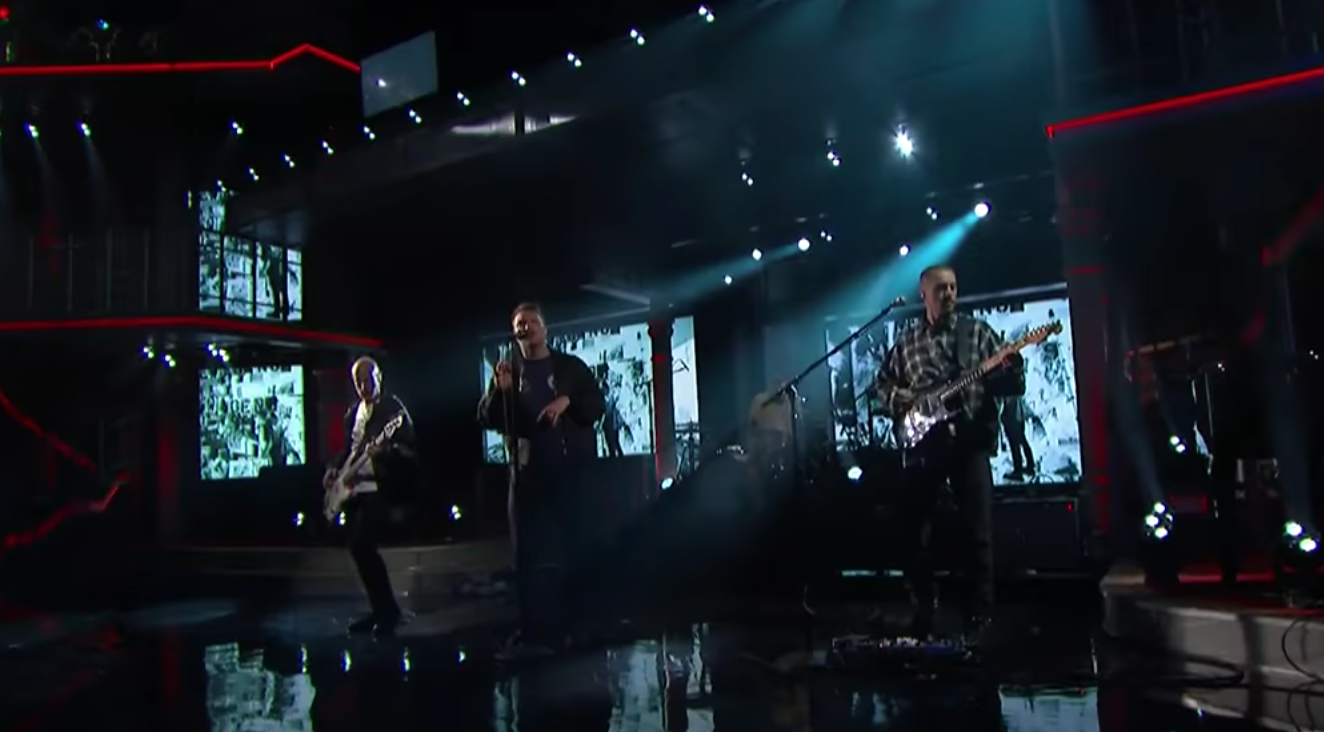 Cold War Kids appeared on The Late Show to perform their recent single “Complainer.” The lively number comes off the band’s album New Age Norms 1, the first in a planned trilogy of new albums.

In the clip, the band members give the funky number an energetic performance, complete with dance moves and a hooky chorus. “You say you want to change this world,” frontman Nathan Willett howls. “Well, do you really believe in magic?/ But you can only change yourself/ Don’t sit around and complain about it.”

New Age Norms 1, produced by Lars Stalfors, dropped earlier this month. “Complainer” was co-written for the album by Bonnie McKee and Electric Guest’s Asa Taccone and was also released as an acoustic version, “Complainer (Strings & Keys).” Cold War Kids are currently on a North American tour in support of the new album, with shows announced through February. The tour includes stop in San Francisco, Seattle, Toronto, New York and Nashville, with the closing night at Austin’s Stubb’s Waller Creek Amphitheater on February 15th.

The band plans to release two follow-ups to New Age Norms 1 in the coming months. “The idea that those Kanye records were coming out every month felt so cool, very of the moment,” Willett said in a statement. “Eight songs, a very digestible amount of music that just keeps coming. And it really sunk in how fun it was to experience those in real time with all of us together… So it began a whole new chapter, what I would call Cold War Kids 2.0. I think the approach, sonically, was in taking apart the idea of what the band is and just trying to take the doors off a bit to see where it can go.”