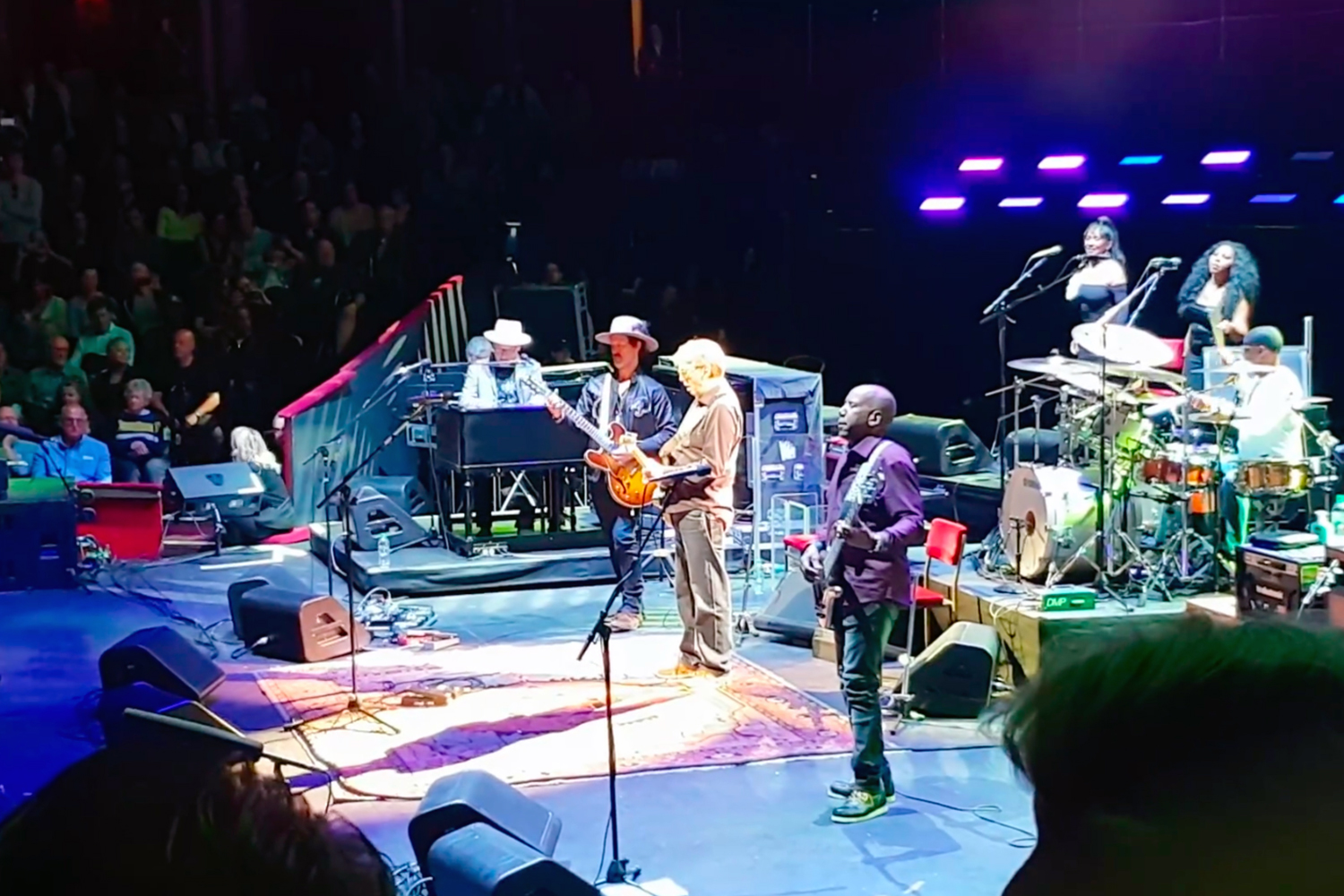 Eric Clapton kicked off his three-night stand at London’s Royal Albert Hall on Monday night with a killer set that included a cover of the late Doris Day’s signature song “Que Sera, Sera (Whatever Will Be, Will Be)” a rare electric version of “Layla” and, shockingly, a set-closing rendition of Prince’s “Purple Rain.” It’s not only the first time that Clapton has played the song in concert, but the first time he’s done a Prince cover of any sort.

It’s unclear why Clapton decided to play “Purple Rain” at the show, but shortly after Prince died in April 2016, the guitarist wrote a moving tribute to him on Facebook. “I’m so sad about the death of Prince,” he wrote. “He was a true genius, and a huge inspiration for me, in a very real way..In the the eighties, I was out on the road in a massive downward spiral with drink and drugs, I saw Purple Rain in a cinema in Canada, I had no idea who he was, it was like a bolt of lightning! In the middle of my depression, and the dreadful state of the music culture at that time it gave me hope, he was like a light in the darkness.”

Clapton is playing two more shows at the Royal Albert Hall this week before going to Germany and Austria for a quick run of gigs in June. In September, he comes to America for shows in San Francisco, Las Vegas and Phoenix. At the end of the month, he’s headlining the Crossroads Festival at the American Airlines Center in Dallas, Texas, where he’ll share the stage with Billy Gibbons, Bonnie Raitt, Buddy Guy, Gary Clark Jr, Jeff Beck, Joe Walsh, Los Lobos, Peter Frampton, Sheryl Crow, Vince Gill and many others.